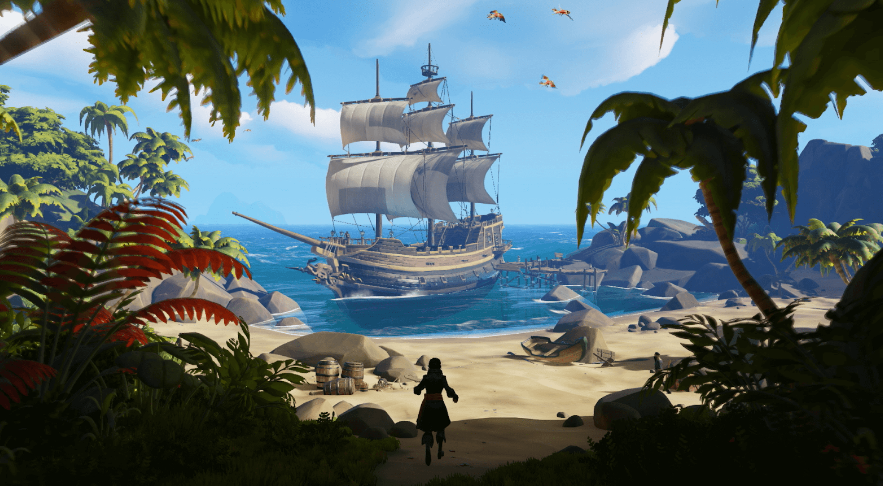 Sea Of Thieves is the game that will make a Pirates of the Caribbean fan dance in excitement. It’s a dream come true for pirate fans in general as well. You get to put together a fabulous pirate group with your friends, go on quests, hunt for treasure, and just roam around the world in your ship.

As cool as this concept sounds, the game felt hollow and barren when it was first released. There wasn’t much to do, and it was a real shot in the arm for developers. Islands are one part of the game that makes it an authentic pirate experience. There is a crazy amount of stuff you can do when exploring an Island. If that’s your thing, we have compiled a list of the 10 best Sea Of Thieves Islands to explore.

These Islands are arranged in no particular order and can be different for players of varying play styles.

Sea Of Thieves Islands are divided into different categories. These include small islands, large islands, and fortresses. Smugglers Bay is a large island located in the region of Shores of Plenty. It’s a grand island to explore because of its design, as its entrance is an arched gate that you must sail through.

The Island has its fair share of chickens and snakes. But, there is a fair share of the loot that you can find as well, like a beacon, a skeleton throne, and 3 ammo chests. There is also some fun to be had if you are looking for tall tales. Smugglers Bay is located at coordinates F-3.

Lone Cove is another one of the Large Islands located on the Shores Of Plenty at coordinates J-6. Lone Cove has a beach on the Island’s south side and rocks on the North side where you can dock your ship. While Lone Cove might not have a lot of riches in terms of treasures, it makes up for it with quests and other stuff.

Lone Cove has 2 Ammo chests, and an NPC named Deadshot Charlotte who can give you cargo runs. There are a total of 5 tall tales quests on the Island which means you’ll be given plenty of opportunities to explore the Island. 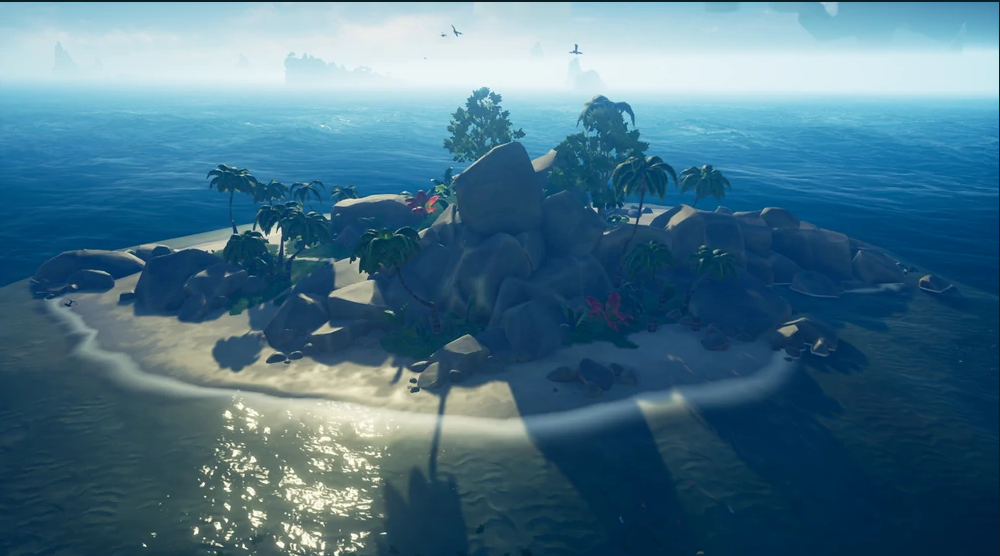 Barnacle Cay is a beautiful island in the region of Ancient Isles located at the coordinates 0-15. The Island is surrounded by huge boulders and is covered with several trees and greenery. Barnacle Cay is a small island but still offers plenty of opportunities to explore.

Barnacle Cay has 10 resource barrels and 1 ammo crate in terms of loot. But if that isn’t enough exploration. You can also activate a Tall Tale quest named “The Cursed Rogue” from this Island. 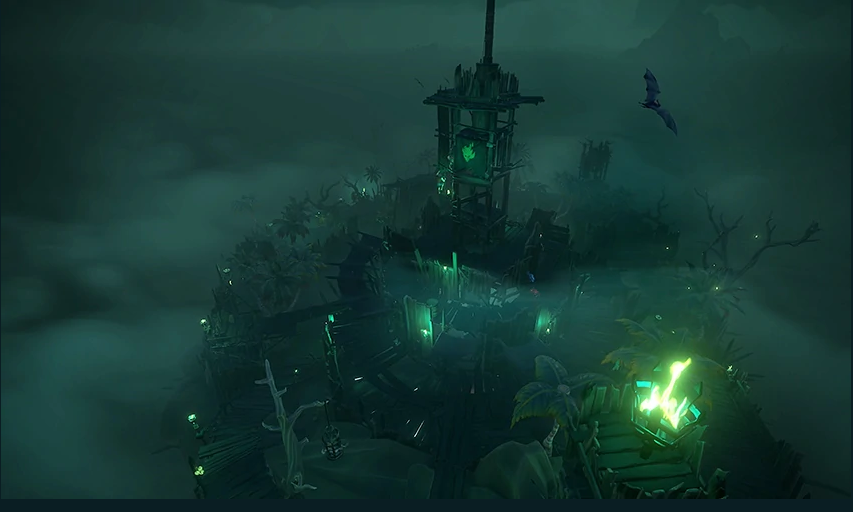 As the name suggests, Fort of the damned is a fortress located in the region of the Ancient Isles. The coordinates are G-14. Players have to activate this raid before they can complete it. Completing this raid might be a piece of work, but there are equal rewards for your efforts.

Once completed, you will be rewarded four gems, one treasure chest of gems, 2 stronghold Gunpowder barrels, 2 crates of Ancient bone dust, a chest of legends, and 4 Stronghold skulls. Although no loot is ever enough for a pirate, this is bound to put a smile on your face. 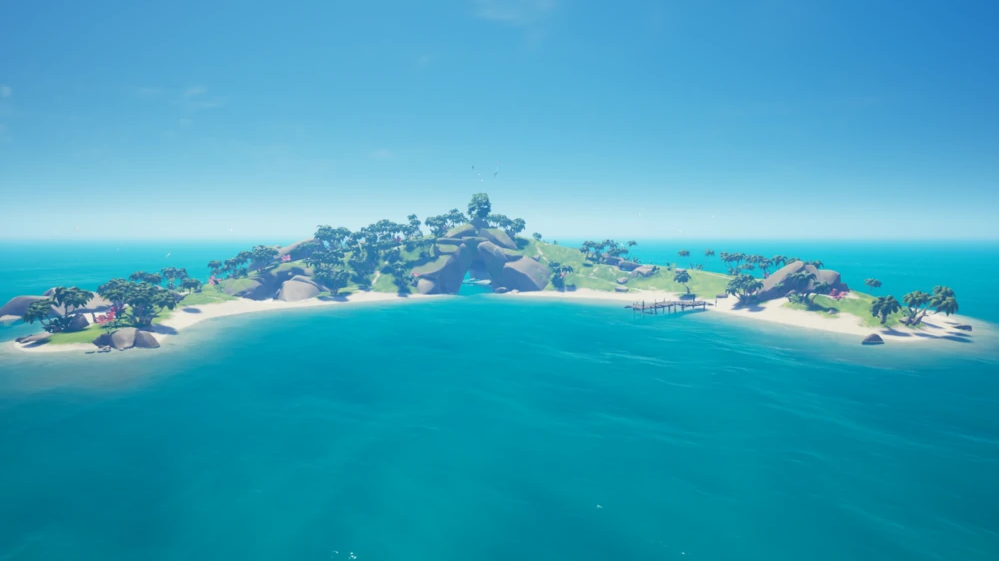 Crescent Isle is our third large Island from The Shores of plenty. This Island is located at the coordinates B-9. The Island has a cave system at its center, allowing players to branch out to the North and South Side.

The Island is shaped like a crescent, just like in the name. It also rewards a fair bit for exploration. It has an Ancient Vault that you can access and 2 Ammo chests to loot. While this loot might not seem enough exploration to you, the 3 excellent Tall Tales are bound to scratch your itch for exploration.

Crooks Hollow is probably one of the biggest Islands on this list. It’s a part of the Ancient Isles region and is located in the M-16 quadrant. It also has a contrasting design with giant cliffs on one end and beaches on the other. The size of the Island is proven by the amount of exploration that you can do.

Crooks Hollow has an Ancient Vault, a Rune Tablet, a beacon, and 3 ammo chests. You can also interact with an NPC called Wild Henry. Henry will hire you for cargo runs which again allow you a lot of exploration. Last but not least, there are also 3 epic Tall tales quests on the Island that you can access. 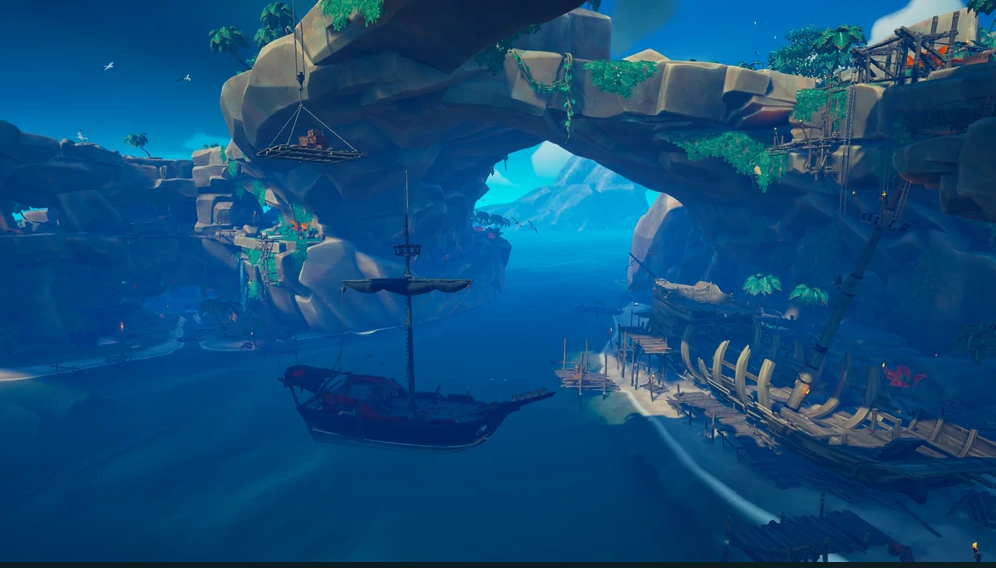 Thieves Haven is an absolute fan favorite when it comes to Islands in Sea Of Thieves. This extensive Island is located in the Ancient Isles Region at L-20/ M-20. Its most unique aspect is its design. A ship lies at the center of the Island, abandoned. There is a winch-like platform hanging from the ledge of the upper level.

As far as the loot is concerned, Thieves Haven doesn’t disappoint as well. You can get a Rune Tablet, a skeleton throne, and an Ammo chest. All that comes with 3 tall tales quests for you to do. 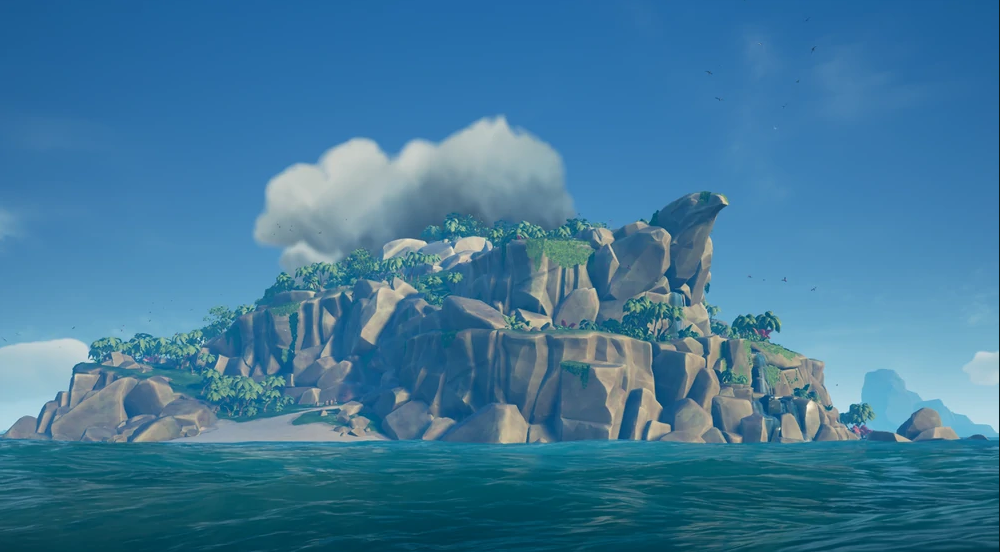 Another large island is located at coordinates G-16 in the region of the Ancient Isles. Plunder Valley is our first island that is entirely mountainous, and there are levels that you can climb. Plunder Valley has a bit of everything with caves, hills, and valleys for you to explore.

Exploring these areas can get you a decent amount of loot, including A beacon, a Rune Tablet, and 2 Ammo chests. There are pigs and chickens roaming the island that you can hunt. This island also offers a decent amount of activity for people looking to explore more. You can access 5 different tall tales quests from this island, and all of these are amazing in their own right. 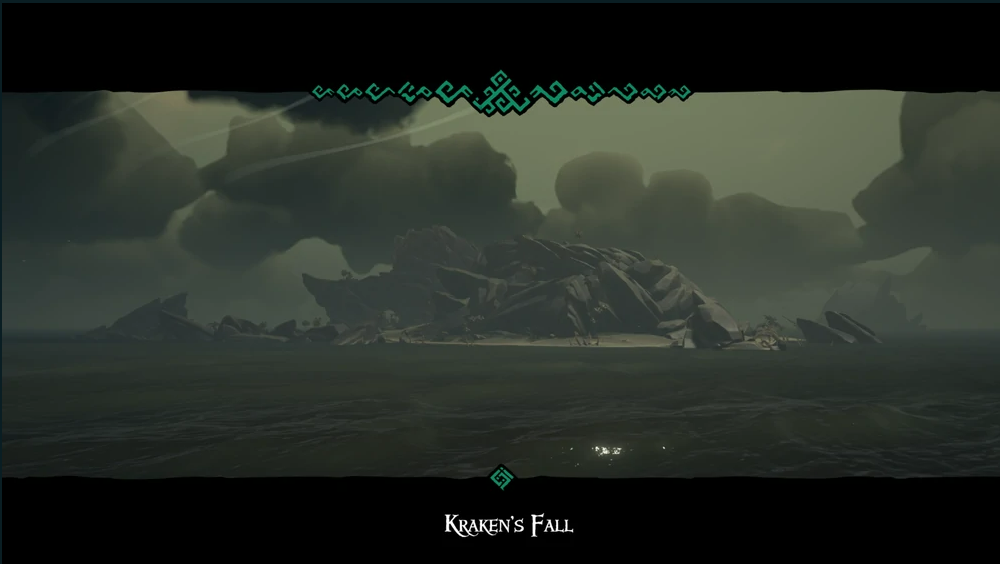 If you are looking to explore a place that has some element of creepiness attached to it, Krakens Fall is that island. It is located at R-12 in the region of The Wilds. Krakens Fall is also a multi-level island with Kraken skeletons scattered throughout its region. All of that makes exploring Krakens Fall a fun yet terrifying experience.

The island has Pigs, snakes, and a pond for you to fish in. There is an Ancient Vault, A beacon, A Rune Tablet, and 3 ammo chests as far as loot is concerned. You can also find Lootin’ Penelope on the island. She will send you cargo runs that reward your exploring mindset. 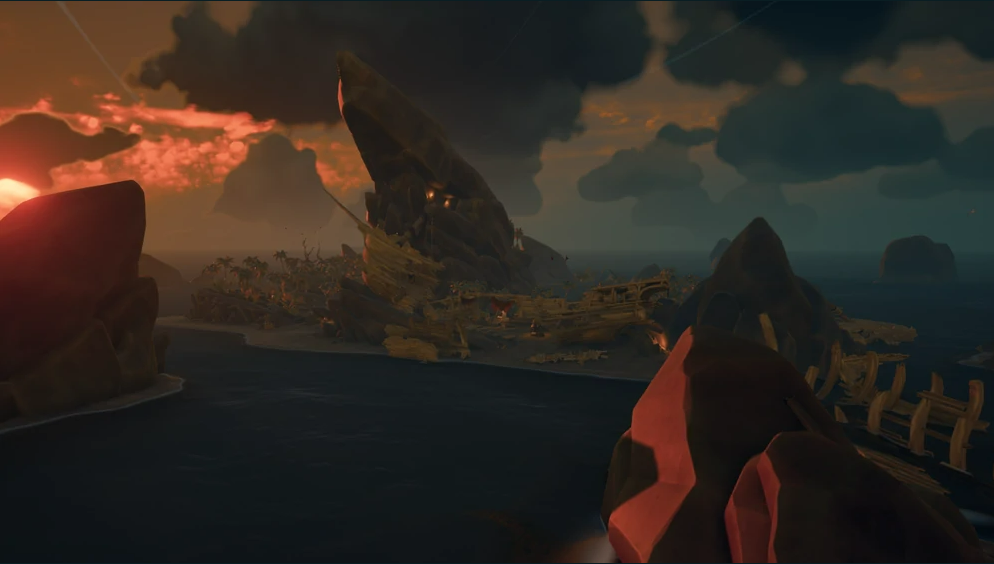 The Final island on our list is Shipwreck Bay. It’s another large island, which is evident because you need large portions of land to explore and collect loot from. Shipwreck Bay is located in The Wilds region at coordinates M-10. Cliffs and rocks surround this island. It’s called the shipwreck bay because several shipwrecks are found around the island.

Loot is in plenty on this island as well. A skeleton throne and 3 ammo chests are good enough loot for any island. Apart from that, you can take cargo runs from Grogsoaked Ed, who can be found on the island’s northern beach.

Shipwreck Bay may not have as much loot as some of the other big islands, but exploring it can still be an excellent way to spend your time. Not to forget, you can also access 2 Tall Tales quests from the island.

Islands are an excellent way to spend some time in the Sea Of Thieves. They give you a variety of exploration options like quests and cargo runs. So, if you are looking to go on an exploration adventure with your friends in Sea Of Thieves, all you have to do is read this guide. We assure you that you will not be disappointed.

Didn’t find your favorite Island on the list? Tell in the comments below why you think your famous Island should have been on this list.