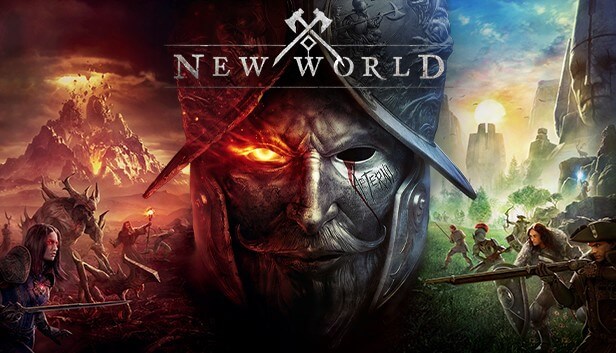 After a couple of Amazon’s attempts to develop a successful PC game, a major failure of Crucible that was released, unreleased, and then unfortunately finally canceled in the end, as well as Breakaway being canceled before even leaving the alpha version, we’re all anxiously waiting to see how New World will turn out once it releases. The game’s release was repeatedly delayed leading up to 2021, but it looks like the epic day is finally here – September 28th.

Back in July, we had the chance to see the game in action in the form of a Closed Beta test, as a part of preparations for this month. Gamers had the opportunity to see what has been upgraded since the last summer such – including new Territories, Expeditions, Outpost Rush, new weapons, and all of the new quests and activities. In order to gain access and participate in the live beta test, you would’ve had to pre-purchase the game through Steam for $39.99 (or $49.99 for the Deluxe Edition), after which you would receive an invitation key in your Steam Game Library. However, since the game’s release date is close, Beta testing is closed and we are all looking forward to see the final outcome.

So far, and we’re really hoping not to jinx it, New World looks like it has the highest chances of all Amazon’s video game development attempts to actually succeed and become a smash hit that can rival even the likes of Blizzard’s MMO juggernaut, WoW. Before we get too excited, though, let’s see what the game is all about.

Developed by the Amazon Games studio, New World allows players to adventure throughout an open world setting along with tons of other players. Being an MMO isn’t an accidental choice, either – while it has a decent chunk of PvE content, there’s a real focus on PVP encounters that should make your jaw drop due to the sheer number of players participating in them. In fact, the PVP content is seemingly good enough to make players get over the allegations that New World apparently bricked a number of outrageously expensive well-performing graphics cards. While Amazon Games denied such allegations, they also claimed that they released a hotfix that should hopefully make the game go a bit easier on their players’ GPUs – they are a precious commodity currently, after all.

Now, with that out of the way, here’s what we currently know about the game modes that will be available once the game (hopefully) launches on September 28th:

A game mode for all the bloodthirsty players out there, War truly lives up to its name – a massive battleground that allows for 50 players on two sides to clash in a thunderous battle. One group will be tasked with defending a fort for a duration of 30 minutes while the other will, naturally, have the objective to tear through the defenses and claim the fort. To spice things up, both sides are allowed access to an array of siege weaponry that can prove to be the key to securing a victory. Oh, and to make things even more exciting, whichever side wins gets to claim the territory as their own. 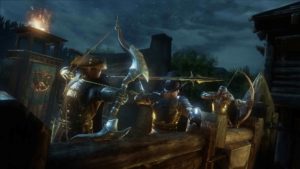 Don’t worry if you’re not huge on PVP content, though – New World has you covered if you’re into PvE as well. The game’s largest PvE mode, Invasion, consists of having 50 players join together in order to defend a fort from a huge mass of corrupted enemies laying siege to it. As was the case with War, players will have access to various tools that can help with keeping the corrupted horde at bay. Of course – the mode wouldn’t be as exciting if it only had the players facing a ton of fodder enemies – which is why Amazon Games made sure to include a boss, the Void Destroyer, in the mix as well.

One of the aforementioned game modes that were added to the game recently, Outpost Rush, represents a unique mix of PVP and PvE content. In this mode, two groups of twenty players will clash for control over three outposts located around the map. To mix things up, players will also be able to gather resources and use them in order to fortify the defenses of the outposts they’re currently holding. Other than that, players can also roam around the map in order to capture certain objectives that grant various buffs. 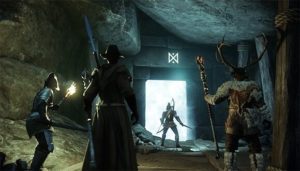 Last, but certainly not least, there are Expeditions. If you’ve played an MMO in the last 15 years, these should sound familiar to you – as they are basically New World’s version of dungeons. Expeditions will allow you to group up with up to 4 other players and undertake an – you guessed it, Expedition, where you’ll undertake some unique and challenging boss battles along the way. In order to mix the experience up and keep it from being purely combat-oriented, Amazon Games made sure to include some puzzles as well.

That should just about cover everything you need to know about the game modes and content that will be available once the game launches. We’re hoping that Amazon finally succeeds in delivering a solid gaming experience so that we can all have fun in the brave New World together!