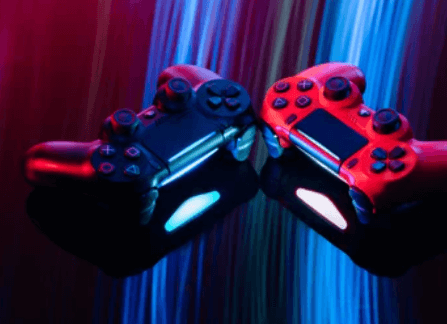 Yes, after PS3, we’ve got PS4 and recently a PS5. However, PS3 was something revolutionary gamers never forgot. The Dualshock for PS3 was one of a kind, and none of the joypads afterward couldn’t compete with it.

Well, the same thing stands for PlayStation 3. Over a decade after it was released, we still get questions about it, and people are still looking at which game to play. That was the queue for us to make a list of the best PS3 games of all time and present it to you.

Of course, the list is entirely subjective, but we tried to cover as many options as possible. Let’s see what we prepared for you.

Okay, we would like to divide these games into genres, so you can go directly for what’s of interest to you.

As a first and best action game, we would point out GTA V. The game can brag with an open-world design and tremendous narrative. There’s plenty of things to do in Los Santos, including theft, driving around the city, and completing missions. The game was designed perfectly and also got a perfect voice cover that brought even more authenticity for players. There are several mods of the game you can play for a better experience. Besides GTA, you can enjoy Red Dead Redemption, the wild west version of the GTA. Instead of thefts and crazy rides, you have poker nights and horse riding. You can try Metal Gear Solid 4: Guns Of Patriots if you prefer something a bit different. The game features camouflage suits, robots, and Psyche Meter. The game is seen as one of the best stealth games of all time. And, of course, what would this list be without Dark Souls? The entire franchise earned a fantastic reputation, but Dark Souls stands out. It can easily be described as an epic boss rush, maybe even THE ONE.

Here, we can say that The Last of Us is something you should definitely try. The game has perfect visual design, voice acting, and impressive role-play. The game was so popular that it was remade for PlayStation 4 as soon as it was released. Uncharted 2: Among Thieves is yet another treasure hunt classic that deserved its place on our list. The game can be played in multiplayer and bundled modes, which gives it a certain charm and advantage over similar games from the same genre. Similar to Dark Souls in action games, we have Assassin’s Creed V for this particular genre. It’s a well-known franchise, and we consider the fifth sequel, Unity, as the best of the best for PS3. If you’re into superheroes, you can definitely check out Batman: Arkham City. The story itself comes with a bunch of side missions, while the legendary Mark Hamill voiced the Batman. Can it go any better than that? I didn’t think so.

BioShock Infinite is definitely one of the best-designed video games ever. Columbia has never looked so real as in this game. Besides the design, focusing on the plot and incredible voice cover can simply make you cry. Happy tears, of course. Here, as a franchise choice, we got Call of Duty 4: Modern Warfare. Anyone who has ever played any first-shooter game knows what CoD is and how important it is for any gaming platform. Another perfect example of the genre is Resistance 3, which brought the trilogy to a definitive conclusion. If you enjoy knowing what happened during the 1950s, this is what you are looking for.

If you’re a fan of puzzle games, such as myself, this section will give you the best example. For a start, I have to mention Portal 2. You can play in a single-player or multiplayer mode and still enjoy all the perks of this fantastic puzzle game. The game was published as one of the best puzzle games of all time, so it’s definitely worth a check.

Now you have many options in front of you, and I am absolutely positive you can find something for yourself.