Home
Blog
Computer Shuts Off When Gaming? Here Are 7 Reasons Why

If you’ve just got a new gaming rig or have been using yours for a while and have had it randomly shuts off when gaming, don’t worry you are not alone. This is quite a common issue and can occur due to a number of reasons.

Here’s why your computer shuts off when gaming:

In this article, we’re going to be exploring all the different reasons why your computer shuts off when gaming. Plus, some indicators you can employ to ensure your computer always chugs through!

Overheating is one of the most common reasons why your computer shuts off when gaming. This is especially true for laptops. Primarily, manufacturers implement erratic shutdowns to ensure that you do not permanently damage your device due to the extreme heat.

In general, GPU and CPU silicon can sustain temperatures of up to 212 F before incurring some severe strain. But, in reality, you probably do not want your system to run at such a high temperature as it can cause performance issues and degradation over time.

Ideally, your computer should be running at temperatures of about 167 F. We’ve seen that computers tend to crash when they overheat and have reached their absolute limits. However, laptops have a fail-safe that is much more lenient and they are then shut down much earlier.

For laptops, servicing and cleaning your fans is the easiest way to prevent your system from overheating when gaming. Desktop PCs follow the same suit. However, you’ll also need to check whether your GPU or CPU requires re-pasting and if all the fans are working appropriately for that case. 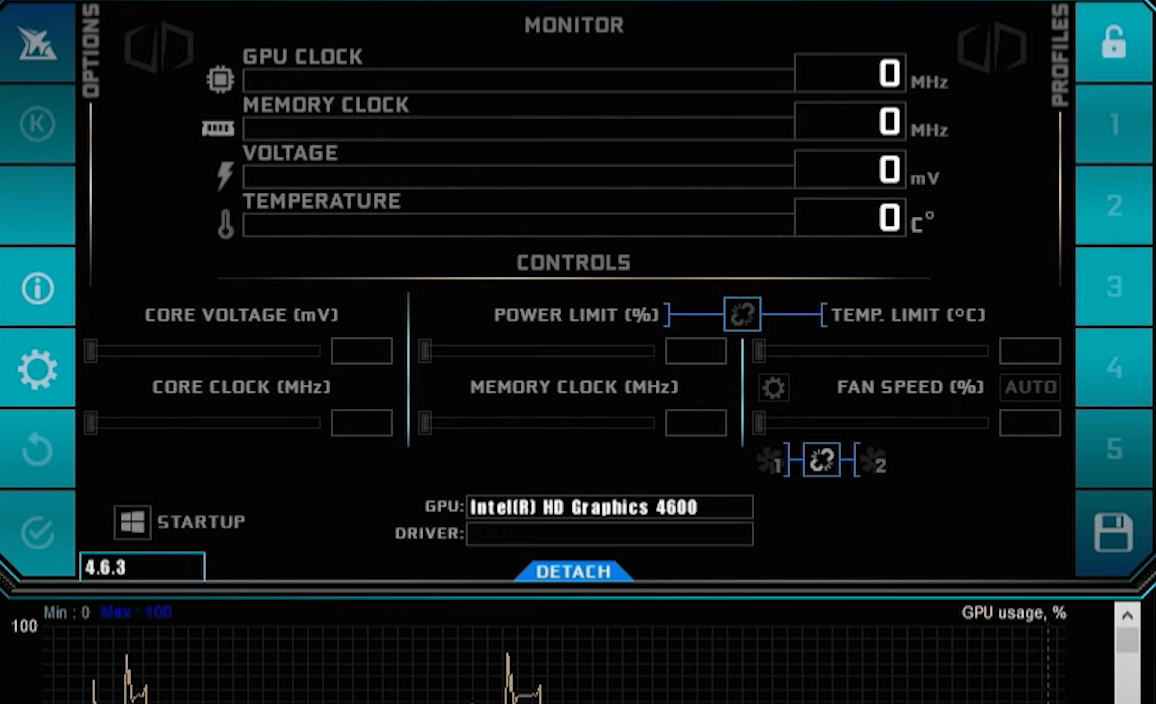 Just went through a trip with trusty ol’ MSI Afterburner? If that’s the case, chances are that your overclock isn’t all that stable in sustained loads or higher temperatures which has caused your computer to shut down erratically.

Point gave, this can happen when rendering a video, or performing any CPU / GPU intensive tasks. However, since gaming is the primary reason why individuals tend to overclock in the first place, you’ll often find it is the primary method of discovery too.

If you’ve recently overclocked your CPU or GPU, no worries. All you need to do to get your games running back up and smoothly is to reset everything back to their default values. However, if you still want to maintain an overclock, decrement the current values by 10-15% and try your luck at it again.

A PSU is an integral device whose purpose is to provide power to your computer system. This includes your motherboard, consequently, the GPU and CPU. All PSUs come with a particular wattage rating. In essence, a 500W PSU can sustain a load of 500 watts at its designed capacity.

With that said though, there’ll often be times when an overclock or a particularly beefy GPU

The PSU or aptly referred to as the Power Supply Unit is conveniently tasked with bringing your PSU down to its knees. If your PSU is not able to sustain the power, your computer automatically shuts down to prevent your components from getting harmed.

On the other hand, if your computer has a faulty PSU in general, there’s a high chance that your computer may shut down erratically when you aren’t gaming. However, the issue will be most apparent when placed under a heavy load.

In any case, upgrading or replacing your PSU is the only way to rid yourself of this issue. In order to decipher whether your PSU is at fault, eliminate all other factors such as overclocking and run your PC under full load. If it randomly shuts down, chances are your PSU is to blame. 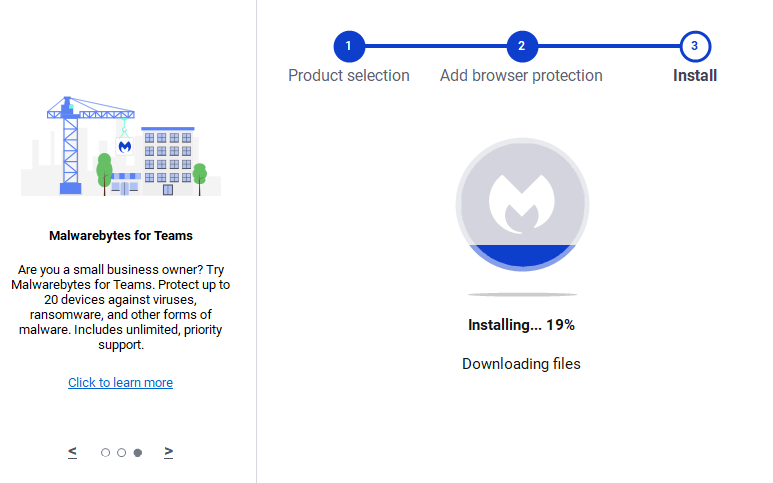 Ah yes, while malware has certainly trickled down in causality especially in the last decade when it comes to causing actual harm to your computer, it still can happen. This is especially true if you’ve downloaded files from nefarious websites or haven’t been keen on checking up on your computer.

No worries though, a malware or virus shutting down your PC when gaming is primarily due to it hogging your system resources which causes your computer to overheat/act up leading to it shutting down.

The quickest fix is to turn on Windows Defender. However, if that still doesn’t aid your cause, installing a third-party antivirus like Malwarebytes might just do the trick. We’ve also seen discrete cryptocurrency miners hogging away at one’s system resources.

If that tends to happen, you’ll see a huge increase in CPU / GPU usage whether or not you play a game. While your computer will be mining away, it won’t really run into issues until its resources are needed elsewhere. Once that happens, it will automatically shut down.

Therefore, keeping your PC free of viruses and malware is an integral step to ensuring your games run smoothly and don’t shut off at random.

If you are playing an older title or one that hasn’t been updated for a long while, there’s a chance that your hardware isn’t supported and the developer’s shoddy coding has led to your computer shutting down.

For a AAA game, this might be quite improbable. But, for smaller indie titles, you’d often be surprised at the number of titles that simply do not support a particular CPU + motherboard combo.

In any case, to ensure that it really is the game that’s the reason, we recommend running another title that takes a decent chunk of your CPU and GPU and assessing if your PC will shut down then.

If you’ve just installed a new GPU or have gone through tons of updates on your rig, chances are that your drivers require some updating. While that is generally done automatically, in some cases, that tends to not happen.

A quick fix is to just give your drivers a fresh reinstall. Before you do so though, run DDU on your PC once. With it, all previous installations of your drivers are removed. This allows for a fresh clean install which ensures there aren’t any graphical hitches that can cause your PC to shut down while gaming.

To add though, it is quite rare for your computer to play a game and then erratically shut down due to a GPU driver error. In most cases, this can be an indicator of a hardware fault within your GPU especially if you’ve checked all other boxes. 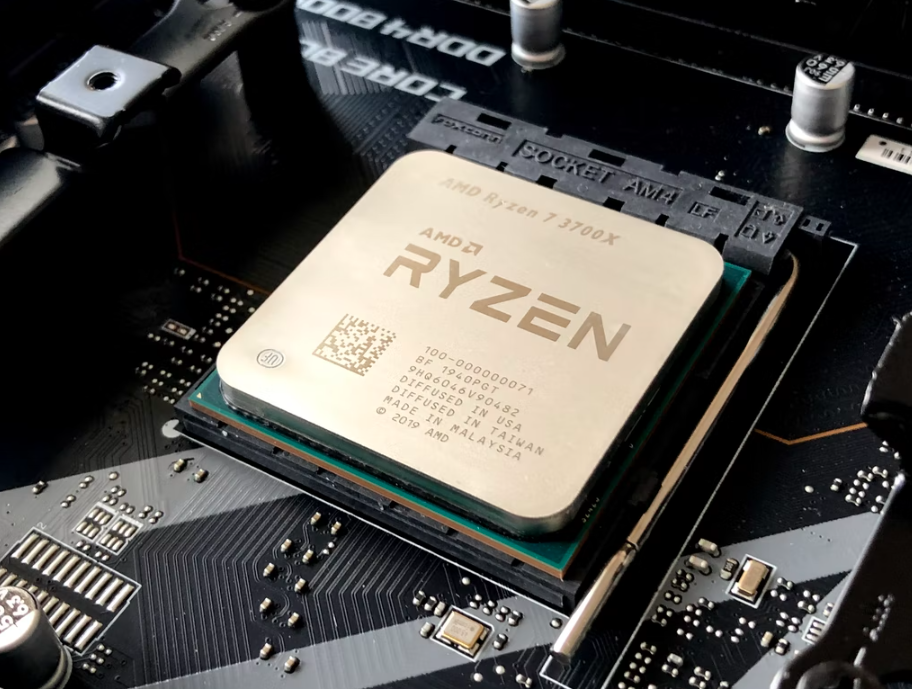 We’ve reached the end of the road. If all else seems to have no change, then a particular piece of hardware is at fault. While we can’t be for certain, there are a few ways for you to check and pinpoint which particular component might be the issue.