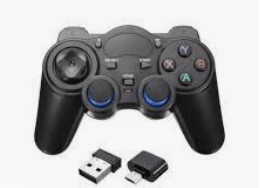 With the newest edition of the PlayStation 5 to the gaming market shelves, the now older PlayStation 4 will soon have been forgotten. Not by everyone, of course, as many players still enjoy the console, but the same case could be observed years back, when then new PS4 outshined the PS3.

Now, looking at that case, there were not too many things actually separating the two consoles. PS4 was, of course, more powerful with a refreshed look that provided new games of higher quality. It also brought along a new joystick – the Dualshock 4. The thing is, even though it might have appeared as being more stylish, going along with the whole idea of a new console, it never actually had the revolutionary impact the Dualshock 3, the joystick made for PS3, had.

You see, when PS3 landed on the market, it not only brought what PS4 did this time – the style and better equipped technology with some new titles, it also brought a new joystick. For the first time, Sony tried to push gaming to a more convenient and relaxing zone, to try to make it suit its purpose in the best way possible. What is this thing they did, that changed the game, you might ask. They made their joystick wireless. No more tied up cables, no more worrying about where you are going to sit, you just have to focus on the game you are playing.

Of course, it did not use any special technology for it to be able to be wireless. It used batteries and connected to the console through Bluetooth technology. If the battery was getting low, there was an easy way to charge the joystick without stopping your gaming experience. Just connect it to your PlayStation using a USB cable and game on. https://www.playstation.com/en-us/support/hardware/ps3/system-software/

This, on the other hand, opened a whole new door for someone else – PC gamers. The USB connectivity allowed the connection of these high quality joysticks to people’s computers, giving them the opportunity to experience their favorite games in a completely new way. And, as this collaboration continues being expanded further, it improves even today.

The Dualshock joysticks by Sony later on developed to fit everyone’s needs, with improved and easier connection, better tactile integration, touchpads, longer battery life, and so on. But all of this comes with a price. So, depending on what you are interested in, opting for the older, cheaper Dualshock 3, might be the good way to go. There is a specific way to connect it to your PC though, but it is nothing to be afraid of. Basically, Windows OS, as well as the .NET Framework need to be updated. After that, connecting the USB cable should prompt the automatic driver installer and you could proceed with the setup. The setup of the joystick itself does not require too much hustle either. A simple download of the official ScpToolkit and the installation of its drivers will allow you to work on the button configuration and technical setup of your joystick. The only thing remaining is the fun part – choosing the games to play.

At the end of the day, the Dualshock 3 is definitely a throwback. A throwback to some much simpler times of gaming, when it was revolutionary to remove a cable and still make a thing work. To summarize, what makes it so special is not only the legendary status it has for PS fans, it also has everything you need for PC gaming, even though it is relatively cheap compared to its successors.

Enjoy this tutorial on YouTube, made by ComputerSluggish Tutorials, on how to connect your Dualshock 3 to a PC having Windows 10 or a laptop.