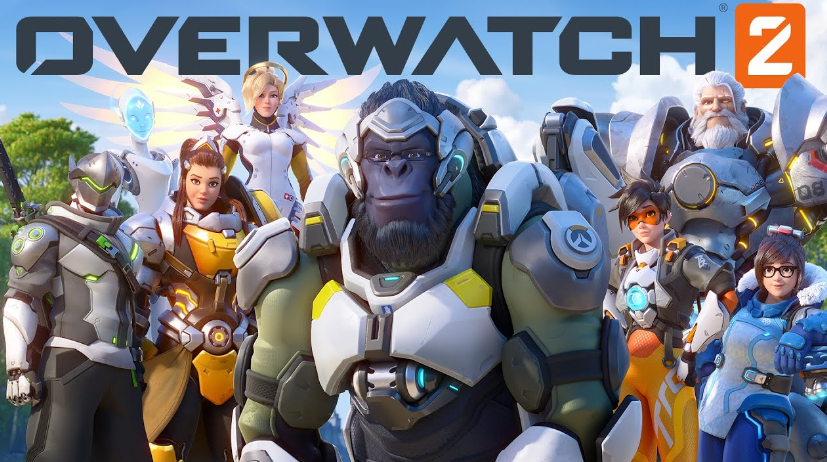 After its early announcement in 2019, Overwatch 2 took a backseat, leaving the fans wondering for a long time. Then the whole Activision blizzard debacle happened, and it was speculated that the game would never come out.

All those speculations were put to rest during the recent Xbox showcase as Blizzard announced that Overwatch 2 would launch in early access on October 2nd. A good chunk of things was revealed about the game, but you might be asking yourself, Is Overwatch 2 a cross-platform title?

Like almost every other game these days, Overwatch 2 will also support Cross-Platform at launch. As the game will be free-to-play, Cross-platform support will be a piece of excellent news for fans looking to play with friends from different platforms.

The original Overwatch got crossplay very late into its age, but it was a very welcoming feature and allowed many more players to join in on the fun. Overwatch 2 seems to be rectifying the mistake of introducing the crossplay feature a lot later. Overwatch 2 will support cross-platform play at launch on October 2nd 2022.

Since Microsoft has already acquired Activision Blizzard, some talk of Xbox making these titles exclusive to PC and Xbox, but that wasn’t true, as Microsoft leadership said that they would not be turning any third-party games into Xbox exclusive titles. Hence making Overwatch 2 a cross-platform phenomenon.

How to play cross-platform in Overwatch 2:

Crossplay is going to be included at launch with Overwatch 2. To access this feature, you obviously will want a Battle.Net account. You can add friends through your Battle.Net username and then play with them regardless of their platform.

Crossplay has been a pretty simple feature in video games over the past few years. It is easy to enable and access regardless of what game you are playing. But, there is still some confusion among new fans about whether the crossplay works for their platform of choice or not.

So, if you want to jump into Overwatch 2 on launch day with some of your cross-platform friends, you need to know if crossplay works for your platform. Let us make it easier.

Does Overwatch 2 support Crossplay between Xbox and PlayStation?

Yes, Overwatch 2 comes with Cross-platform support across Xbox and Playstation. Microsoft now owns Activision Blizzard and Overwatch now technically belongs to Xbox. This thought might induce doubts in Playstation owners’ minds regarding the faith of Overwatch 2 on their platform.

There is nothing to worry about. Overwatch 2 will launch with crossplay enabled across Xbox and Playstation. So if you are looking for some intense 5v5 firefights with your friends, log in with your battle.net account and get straight to the action.

Is there crossplay between consoles and PC?

PC might just be the best place to play first-person shooters like Overwatch. So, yes, Overwatch 2 will come with support to play across consoles and PC. Playing with PC players can be a little difficult if you are on a console, as they have superior aim and more accessibility options. But, if you are an experienced controller player, you might just stand a chance against the PC master race.

Of course, all of that would have been useless if there wasn’t any crossplay option between consoles and PC. Fortunately, you can easily play across these two platforms using your battle.net account.

Will Overwatch 2 be Cross-gen?

Overwatch 2 will be cross-gen compatible at launch. This is another area of debate that needs to be adequately addressed. We are now well and truly into the next generation of gaming consoles. The availability is better, and there are more games available and more people are now getting these consoles. This makes cross-gen compatibility a colossal win for Overwatch 2.

This means moving your progression from the last-gen consoles to the new-gen. Also, you can join games with your friends from the older generation of consoles. Overwatch 2’s cross-gen system adds a lot of value to the game and certainly fetches a few more players.

How does cross-progression work in Overwatch 2:

Cross-progression is a must-have for most multiplayer games in this era. Luckily, Overwatch 2 also happens to support cross-progression. Cross-progression allows you to move your saves from one platform to the other. This is a relatively simple process. All you have to do is log in via your battle.net account, and your saves will move over.

Overwatch 2 has also adopted a battle pass system by ditching the loot box system. The Battle pass will allow you to get your hands on some cool skins. Cross-progression will carry these skins over to any other platform you plan on shifting to.

There might be a difference in a few items, but we don’t have complete information yet. More crossplay/cross-progression details will follow as the game’s release draws closer. But, for now, this is all we have on it.

Overwatch 2 has been a long time coming, and people were beginning to question the title’s existence. But, the game is good to launch and contains crossplay and cross-platform support. Crossplay was added late into the first overwatch game, but it’s a common ingredient in today’s multiplayer games.

Activision Blizzard has made the right choice to introduce crossplay and cross-progression at lauch. You will be allowed to play with all your mates on a different platform and carry over saves from one platform to another. We have seen Activision do this for other games like Overwatch 1 and Warzone. So, we know that they are suitable for it.

We are still missing specific details about the cross-progression and what items will carry over. But, we know that the game will have your basic saves carrying over to other platforms.

So, there you have it, folks. That’s everything you need to know about cross-platform play in Overwatch 2. Are you excited to dive in on day 1 with your friends across platforms? Tell us in the comments below.