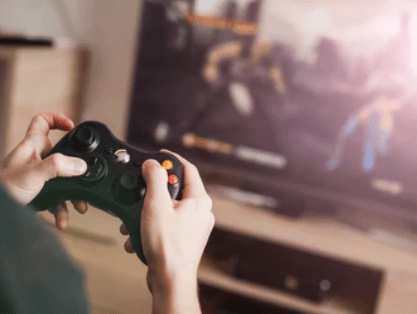 Not so long ago, it was not so easy to find free-to-play games that were not MMORPGs and even if you succeeded in such a task, the games you would find were not that good. This was especially the case for the First-Person Shooter (FPS) games. But, with the introduction of various battle royale games, which swarmed the gaming community and the technological improvement of gaming systems (yes, including phones), high-quality, free-to-play FPS games soon became a reality. Here are some of the best.

After creating an amazing game such as Titanfall 2, the ever so brilliant directors from Respawn Entertainment decided that it was time for something different, but of no less quality. That is how Apex Legends got created, a free FPS game full of excitement and variability of gameplay. It features a humongous map, where teams of two or three are scattered throughout. There is a choice of 13 distinct legends, each with their own special abilities, unique in their own way. It is a perfect mix of what makes battle royale and FPS games fun and it is of no surprise that it attracted about 50 million players so far, and counting.

PlayerUnknown’s Battlegrounds or PUBG for short was one of the first battle royale games to amass a relatively large following. The game eventually got overshadowed by some other titles, but never lost the trust of its most loyal players. This is why PUBG Corporation, the company which released it, decided to switch its sights towards mobile players. This seems to have worked as they modified and adjusted the game for players on the go, as well as releasing PUBG Lite, a slightly downgraded version of their original game, for people with slower machines. Their connection to what the fans want is the main reason they are on this list.

Riot Games are best known for their main title League of Legends, but have recently expanded their craft towards other gaming genres, and Valorant, their very first FPS game, seems to be another hit right on the target for this gaming giant. The game itself takes a lot of inspiration from titles such as Overwatch and Counter-Strike: Global Offensive and does them justice by taking everything that is worth and building up on that. This includes a fast-paced gameplay, a variety of heroes, bringing a lot of variability to every match, and does not try to be a battle royale game, which for many, is a refreshment in new titles.

These three are the ones that definitely attract the most attention in recent times, but one cannot forget certain titles, which are uplifted by some as classics you must put on a list such as this. That would, of course, be Team Fortress 2, a basis for many free-to-play FPS games nowadays; Call of Duty, especially one of the newest titles from the series – Warzone; Destiny 2, a reminiscence for all the fans of the Halo series for Xbox; and of course the FPS most of the people of my generation remember being their game of choice – Counter-Strike, with its newest and probably the best title, the above mentioned Counter-Strike: GO.

Hopefully, this list will provide you with the ideas of what you could pick up as your next game, to kill time, reconnect with friends, or maybe meet some new ones, but know that whatever game you choose, you will not be making a mistake, as each of them has a little something for everyone.