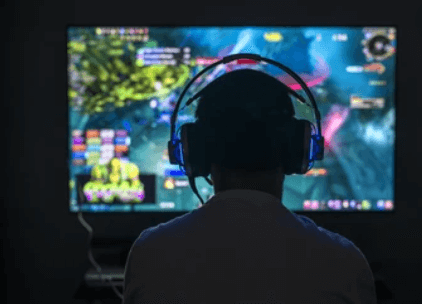 With the emergence of the technically outstanding new-age consoles, such as the PS5 and Xbox Series X, the video games had to follow suit and this is most noticeable in their visual quality, which continues improving each and every moment.  Of course, this leaves a great task for PC, which always strived to push the game developers to go bigger and better than what its competitors can offer. So, the question remains, what games are actually capable of challenging your high-end rig?

Even though it uses the AnvilNext 2.0 engine as did its predecessors Odyssey and Origins, it stands out significantly, not only because it is the latest title of the iconic series, but also because of its different setting. The snow-covered environment really brings a different shine to the characters and the overall ambiance, which creates a magical, movie-like feeling for the player, especially with the activation of HDR.

Most of us already know that Rockstar takes a fairly long time to publish a game. But, on the other hand, whenever the game drops, it is an eye catching, breathtaking experience, which captivates a whole generation of gamers. The same situation happened to all the fans of the Red Dead Redemption, who waited for almost a decade for a sequel. And when it came, boy did it not disappoint. It was slightly under-optimized after launch, but quickly got updated through specific patches focused on performance. High frame rates and resolution are probably the two main factors that add a lot to the whole visual representation, but the global illumination and ambient occlusion definitely add to the realistic, open-world, Wild West game many fans waited for so long.

IO Interactive’s hit title always brought rich gameplay to the table and with Hitman 2, our bald assassin finally got the chance to do what he does best in a high-end visual environment. The reason this game ended up on the list, even though when it comes to graphics, not much has changed from the first title Hitman, is that the performance was improved drastically. With more frames per second (FPS), the huge maps full of interactive environmental elements and NPCs elevate the creative gameplay to a whole different level. https://hitman.com/global/

What does a game from 2015 do on a list of best graphics in gaming? Well, it looks as good as it did on its release and this is most due to CD Projekt Red’s focus on PC gaming. The dedicated work that has been put in to create a scalable game set up an environment, where the only thing keeping you back from upgrading the game’s graphics are the limitations of your own machine. Additionally, the diligent, hard-working gaming community stepped up big time to update the looks of The Witcher 3 through a mod called HD Reworked Project, presenting a challenge for even the most developed PCs out there.

If CD Projekt Red’s 2015 game made it to a list such as this, there is absolutely no reason for a 2020 one not to. Now, Cyberpunk 2077 has been the subject of plenty of controversy, with many delays, console performance issues, and of course, overabundance of bugs since its release. But, this should not take your attention away from the fact that the company is doing its best to bring us the futuristic game we were promised, with every single patch. And the potential it actually has can be seen throughout. From the aesthetic standpoint, the game is immaculate, and considering the attention to detail presented in its open world, its graphics require a futuristic PC as well.

And that wraps it up! Of course, there are many other games that could have made this list, such as some of the most popular shooters, like Battlefield or Call of Duty, RPGs such as Godfall, or even games that resemble the ever-dreaded 2007 Crysis, namely Metro Exodus, but one thing is for sure – it does not stop here, and we are looking forward for what is to come.