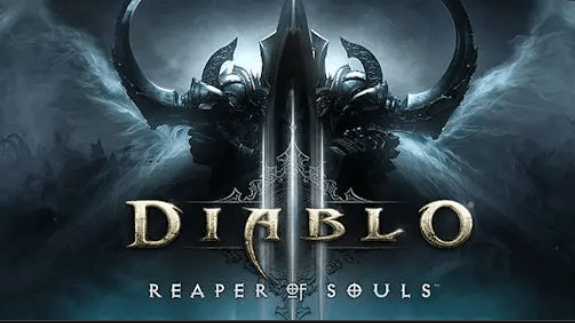 Home
Guides
Diablo
How many acts are in Diablo 3

Diablo 3 is Blizzard’s latest entry in their hugely popular series of MMO ARPG games. Coming out in May of 2012, it broke all sorts of records, even with all the issues it had on launch (and, to tell the truth, it had a lot of issues on launch – even mentioning the number 37 probably brings out all sorts of bad memories for avid Diablo fans). With Diablo 4 (and Immortal, if you have a phone) on the way, you may be looking to get into the franchise so you can hit the ground running when the new releases hit. If that’s the case, you may be wondering just how big of a time investment the Diablo games may be – after all, ARPGs are infamous for being able to siphon time out of players like a few other genres could hope.

For a quick answer as to how many hours you can expect D3’s campaign to take up, you can take a look at the following link

As you can see, the median time for beating the main story in Diablo 3 is around 18 hours, with the Reaper of Souls expansion adding about 9 more hours of content.

We can dive a bit deeper into the game and see how many acts it has as well. Before we do so, though, I’d like to preface the following section with a recommendation: if you’re planning to purchase Diablo 3, make sure to purchase an edition that comes with the Reaper of Souls expansion – the price difference is negligible at this point, yet Reaper of Souls is crucial if you’re planning to get a decent amount of playtime out of Diablo 3, and is needed to access any meaningful content outside of the game’s (albeit decently sized) campaign. Along with the post-story content it adds, RoS also adds an additional story act, which is quite important for the lore and has a great final boss.

With that out of the way, let’s get into the acts of Diablo 3’s campaign (possible spoilers ahead, obviously).

The cheat sheet above only lists main quests in the quest count – so in reality, all of the chapters have a bit more quests than the number shown above, provided you’re willing to do side quests as well (and you really should, considering the chance to get more XP and loot goodies is never something you want to pass up in an ARPG game). The first act has the players uncovering the truth behind a mysterious object that fell from the skies and struck the Tristram Cathedral. A face very familiar to the fans of the franchise awaits at the end of this act. The second act has players across Twin Seas and into the Borderlands, after which they’ll reach Caldeum and face off against yet another familiar figure. Act III, often the most well-liked act, has the players defending Bastion’s Keep during a siege held by Azmodan and his forces. The fourth (and originally final) act has the players finally facing off against the franchises big bad in an epic fashion. As for the fifth act – we’ll avoid spoilers, but will say that the lore implications it has certainly have an impact on what may happen in Diablo 4.

Of course, Diablo 3 players often refer to the first playthrough of the campaign as the ‘tutorial’ stage, and this isn’t far from truth. The real loot goodies and challenges commence after you’re done with the campaign and levelled up all the way to 70. As mentioned previously, Reaper of Souls added a ton of additional post-story content, which the game sorely needed. There are bounties you can perform (though, truth be told, they’re pretty much side quests from the campaign repurposed to fit another goal), and then the meat and potatoes of the game – rifts. You can farm bounties in order to earn materials, which can help you reforge or craft legendary items in order to help you with clearing the rifts. As for rifts – there are two types (Normal and Greater). Clearing Normal Rifts earns you keys (and tons of loot), which you can then use to enter Greater Rifts. Greater Rifts are D3’s greatest challenge, as they require you to clear them under the allotted time – and they can scale indefinitely. From here, you can keep grinding out better gear and paragon points until you hit the ceiling for your build, after which you can start up a new one. Even after all this time, Diablo 3 still receives updates – every couple of months there is a new Season, which comes with gear rebalances and gives you more incentive to start up a new build (since starting a new Season requires a new character). 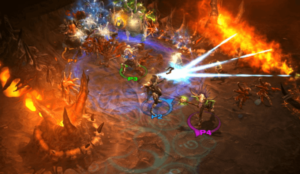 That should pretty much cover everything you wanted to know about content in Diablo 3 – best of luck if you decide to get into the franchise, adventurer!