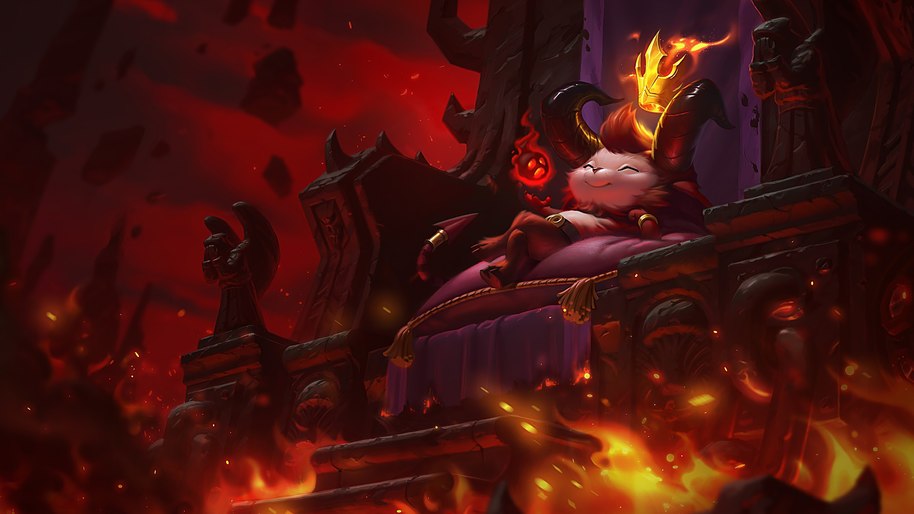 Home
Tips
How to Counter Teemo in League Of Legends: Complete Guide

If you’ve been playing League of Legends for a while, you might have come across a champion called Teemo. While he looks innocent and weak on the outside, that can’t be further from the truth. Teemo is one of the – if not the – most annoying and frustrating to deal with champions in the entire game. He is the literal devil of League of Legends. If you are having trouble against him in the top lane, this guide will show you how to counter Teemo in League of Legends.

Since Teemo prefers to fight from a distance, the best counter to him are the champions that can jump on top of him. Champions like Phanteon, Aatrox, Irelia, and Yorick are some of the ideal picks against him.

However, that’s not all. There are tons of better picks against him, so make sure that you continue reading to find out which champion you can pick to outplay this little devil. With that said, let’s dive right in and find out how to counter Teemo in League of Legends.

Before we talk about what champion you should pick, let’s discuss the abilities this little scout possess. Like every champion in League of Legends, he has a passive, Q, W, E, and R. All of his abilities provide him a lot of poke and the chance to run away safely after dealing damage.

Teemo’s passive allows him to gain stealth if he stands still for 1.5 seconds. Once he comes out of stealth by moving or auto-attacking, he gains attack speed as well. However, if Teemo goes invisible in the bush, he can move around freely without being revealed. This ability can be annoying to deal with. It will often make you paranoid and think that Teemo is hiding in the bush or something. 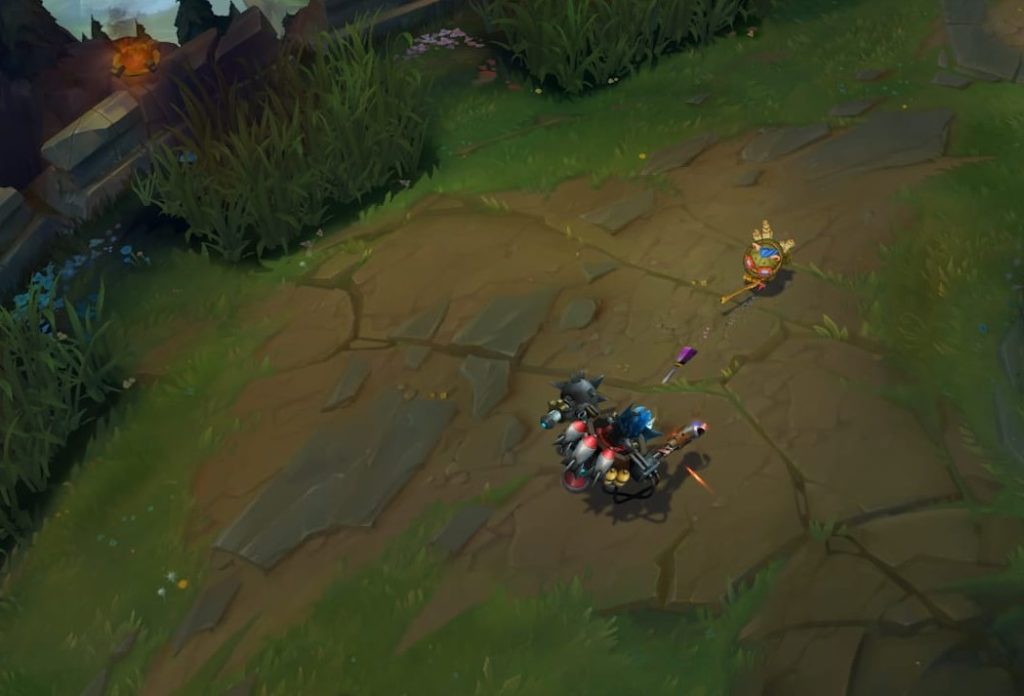 This is one of the most frustrating abilities to deal with. As an ADC main, I hate this ability more than anything else. Teemo fires a blinding dart that not only deals a good amount of damage but also blinds the target for a short duration. While they are blinded, all of their auto attacks will miss.

A good Teemo will use this ability effectively and trade with the enemy while they are blinded. Once the effect is about to be over, Teemo often runs away so that he doesn’t take any damage. This is the bane of any ADC’s existence since they are essentially useless for that short duration that they are blinded. 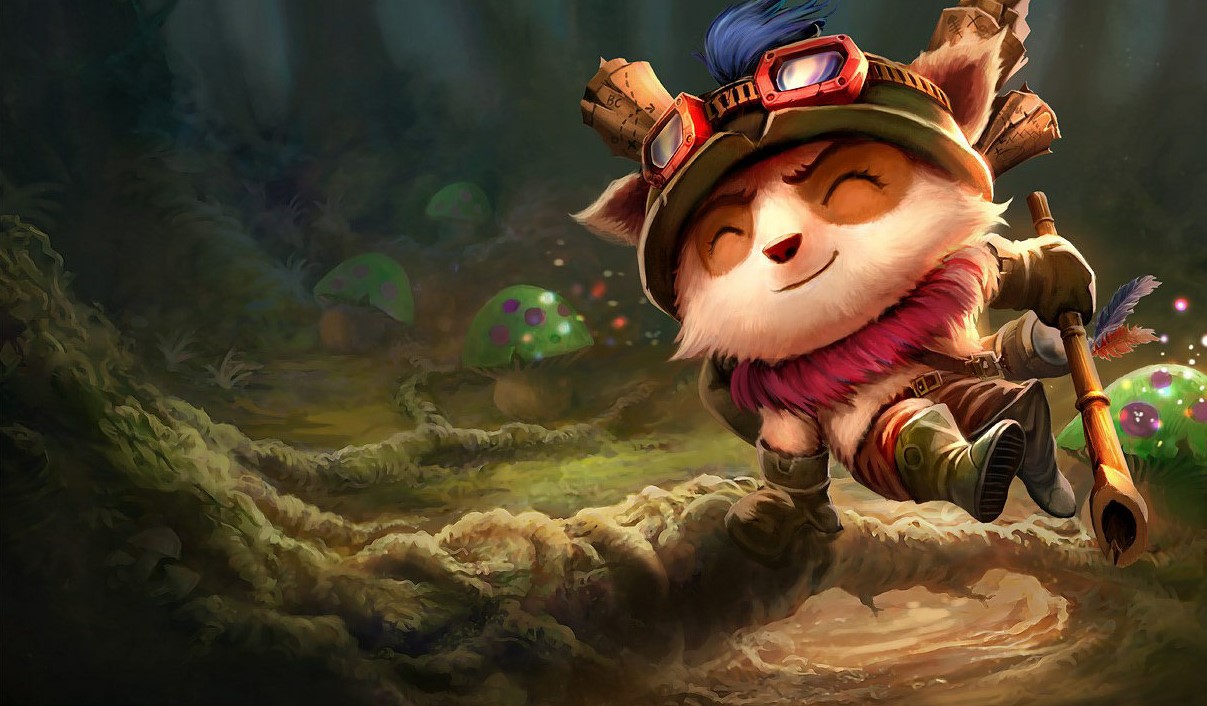 His W allows him to safely deal damage and run away without taking any damage in return; hence, winning the trade. It also helps Teemo chase enemies or run away if he is getting ganked by the jungler. Teemo gains a burst of movement speed that lasts for a short duration. In the laning phase, this ability can be used right after poking the enemy laner and running away so that they can’t deal damage back to you. 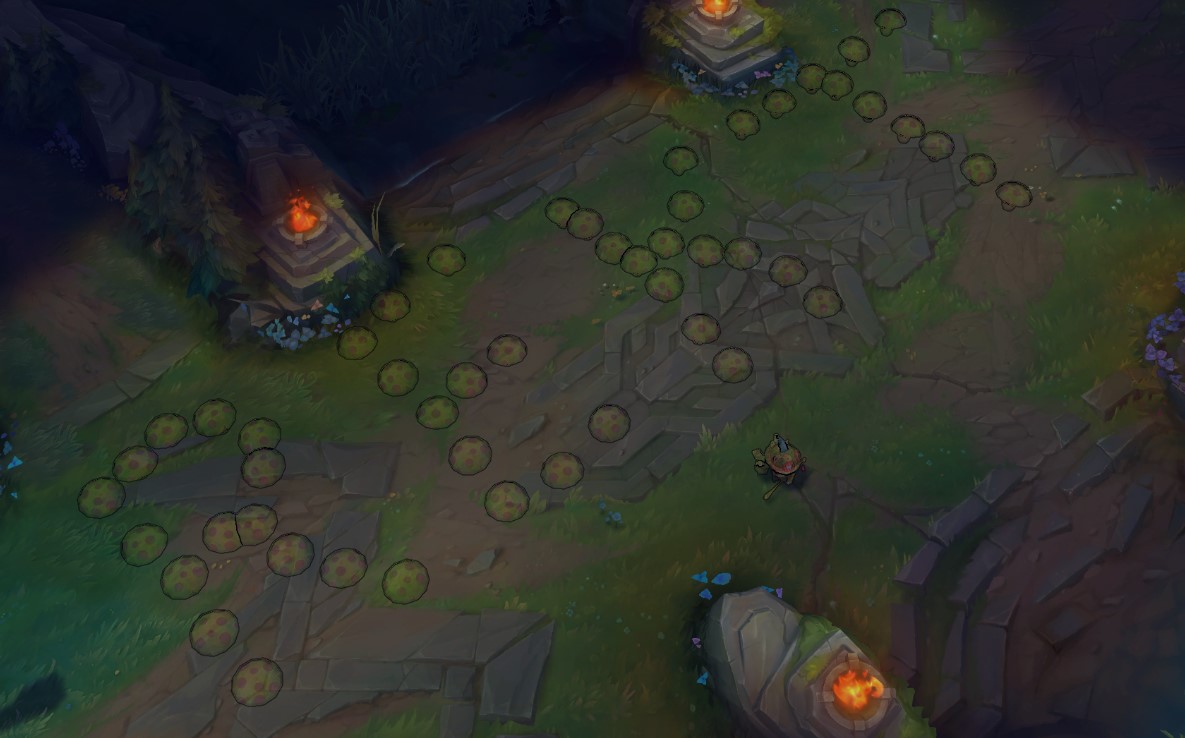 Finally, his ultimate (R), which is the most toxic ability in the game – literally. Teemo can store up to three mushrooms which he can place anywhere on the map. These shrooms are invisible to the enemy and they can only see them via a control ward or the oracle lens. If the enemy steps on these shrooms, they will take a burst of damage and will take damage over time as well.

If Teemo is fed or has items that deal burn damage like Liandry’s Torment, the enemy will take tons of damage. Plus, these shrooms also slow the enemy; granting vision of them as well for a brief moment. His ultimate can be used to block off important areas of the map when you are planning to do the dragon or baron. A squishy champion will die from a couple of shrooms depending on how fed Teemo is.

How to Counter Teemo

Now that we know what this little devil can do, let’s take a look at how you can counter him. One thing to keep in mind is that Teemo is a flexible champion which means that he can either build AP or AD depending on what his team needs. According to that information, you should prioritize your items accordingly. 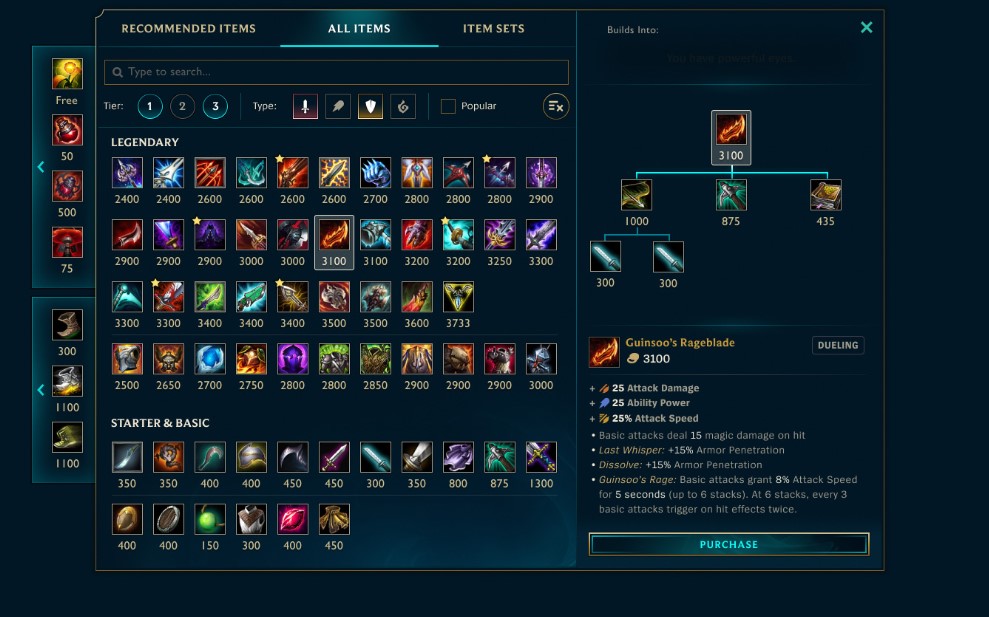 If Teemo is AD, you need to make sure that you make these items:

However, if Teemo is going AP, you need to build the following items:

Apart from these items, you can make your regular build and have a slightly less bad time against him. Plus, regardless of what he is making, you need to start with the Doran’s Shield or you’ll have a tough time in lane.

The easiest way to counter Teemo is to pick casters like Cassiopeia, Heimerdinger, or Vladimir. Most casters can out-damage and out-sustain Teemo due to their high burst damage and long-range. However, if you prefer to play melee champion – as one should in the top lane, here are some champions that are strong against Teemo. 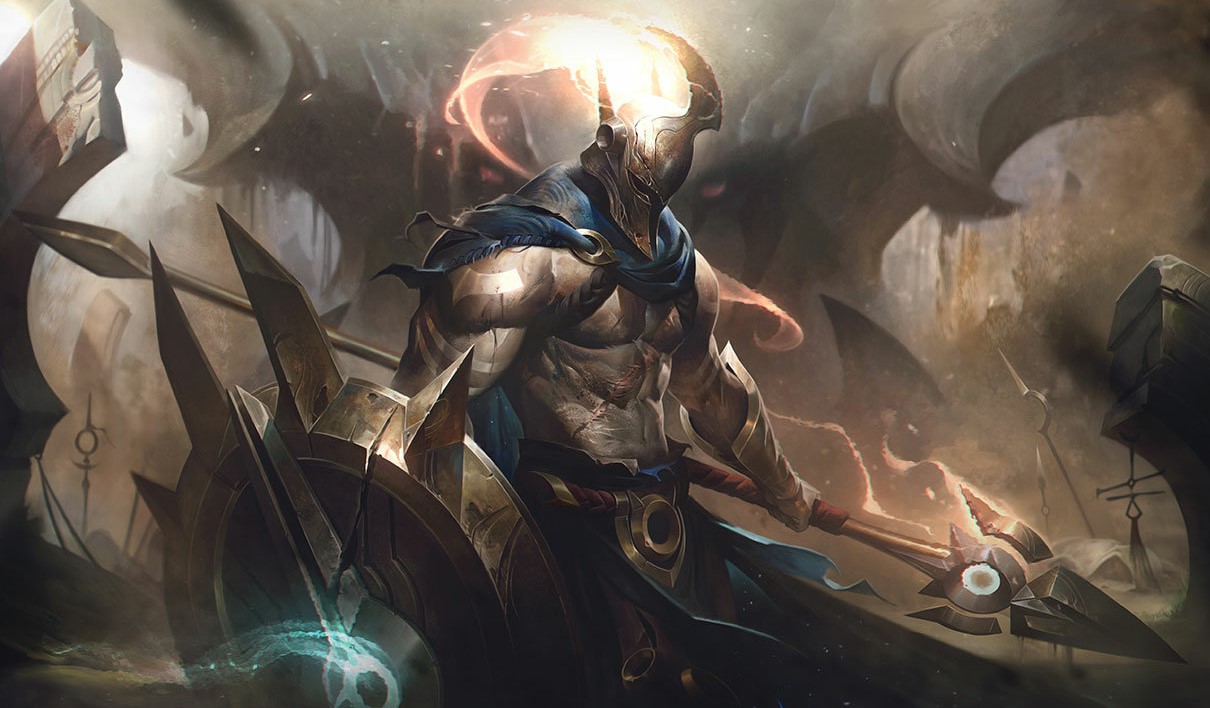 Picking Pantheon into Teemo is a good call since Pantheon’s Q (spear) has more damage and range than any of Teemo’s abilities. This will be your main poke and damage source in the lane. Spam those spears and you will make Teemo fear for his life. As soon as he steps up, charge that spear and hurl it towards him.

Once he is low, you can engage him by using your W to gap close and stun him. When he is stunned, you can use your Q for additional damage and then auto attack him to death. To avoid taking damage in return, use your E to block all of his damage for a short duration. 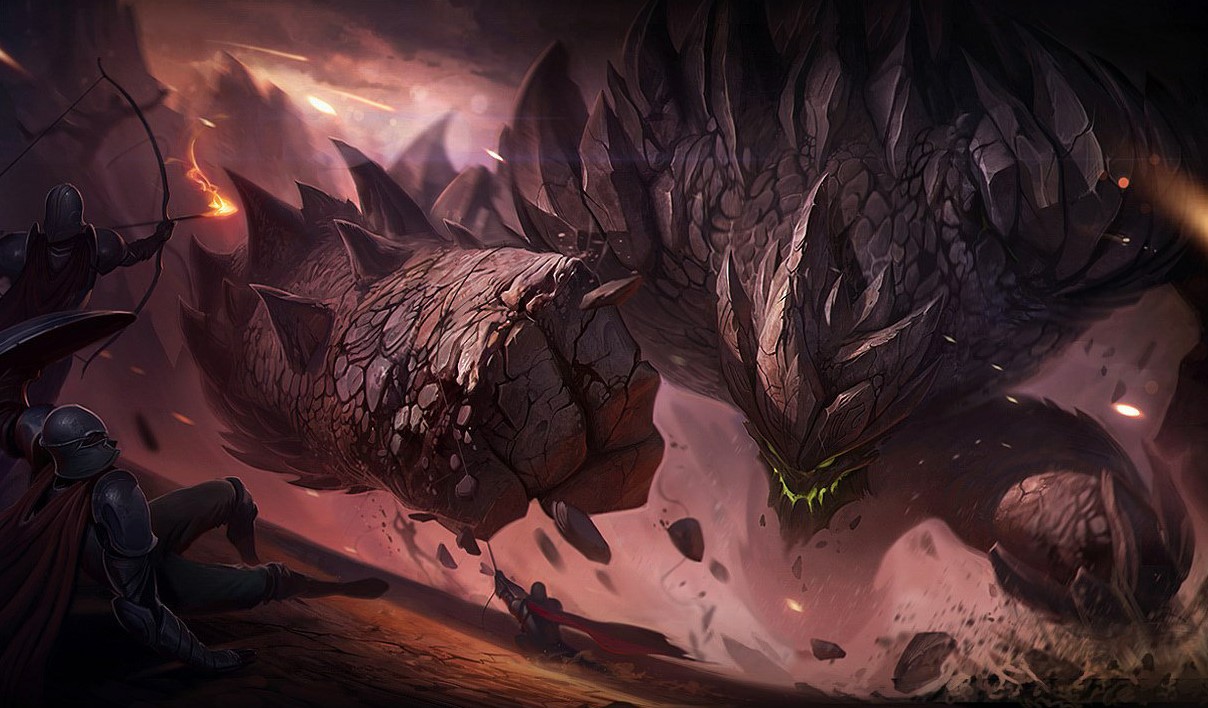 Like Teemo, Malphite is also quite a strong top laner. However, you need to play extremely safe before you hit level 6. Also, you can use your Q to poke Teemo out of the lane. Only use your Q when your passive shield is active. Otherwise, you’ll always take more damage than Teemo.

After level 6, though, it’s a different story. You can just R him and kill him while he is in the air. Plus, Malphite is better in team fights and has better scaling than Teemo anyways. So, you’ll be more useful for your team than him. 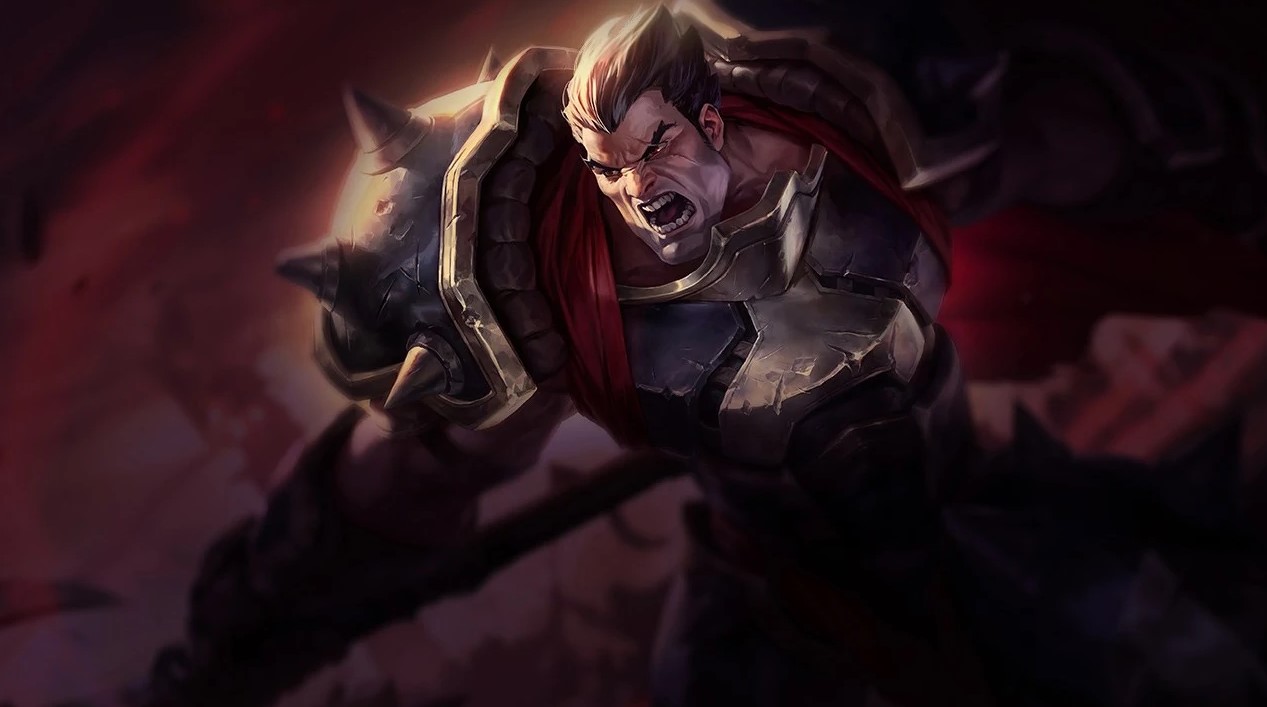 Darius is one of my favorite top lane bullies due to his overall champion design. The best part is that his E has almost the same range as Teemo’s auto attack range. You can always pull him towards you whenever he auto-attacks. Once you do pull him towards yourself, do not immediately use your Q.

Once Teemo starts running away, that’s when you should use your Q. Since the outer ring deals more damage, that will help you maximize your damage output. However, keep in mind that his blind can counter your W so make sure that you bait it out before using it. 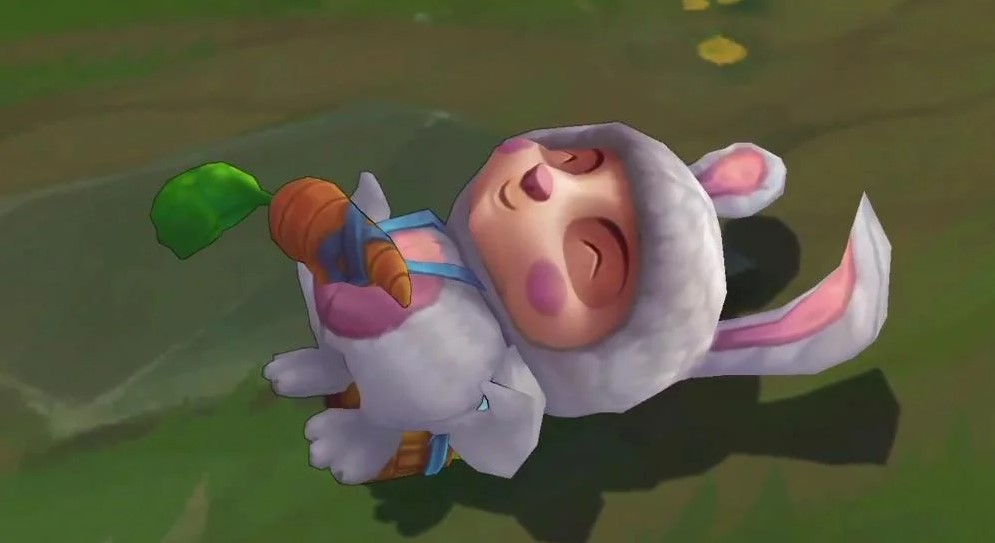 Despite what champion you are playing, you should be aware of some general tips that can help you counter Teemo during the laning phase.

That’s everything you need to know about how to counter Teemo in League of Legends. Make sure that you use our tips to counter him in the lane. Once he doesn’t get ahead of you during the laning phase, you can easily negate his presence during the later stages of the game as well. However, do not underestimate Teemo since he can easily turn the tide of the game due to good shroom placement.