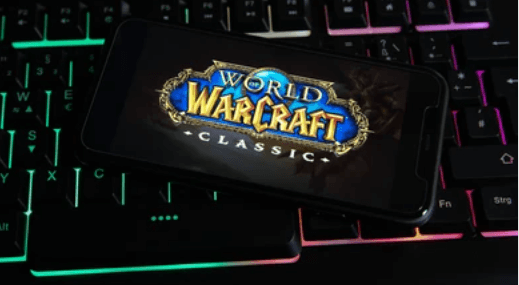 Whether you live in the US, Europe, Asia, or on Mars, and are you into gaming or not, you must have heard of WoW – World of Warcraft. It’s Blizzard’s iconic MMO game that dominates the gaming market even 15 years after it was released. Yes, the competition is intense, but there’s just something about WoW that keeps people coming. It could’ve been Blizzard’s effort and restless work on game improvement, or the fact WoW can be played cross-platform, but it’s an all-time high ranked game.

With everything being said, you may be curious to see what it’s all about and why the game still has over 20 million active players. In this guide, I will show you everything you didn’t know or may have forgotten if you haven’t played the game for a long time. Trust me, once you catch the basics, you won’t be able to stop playing! 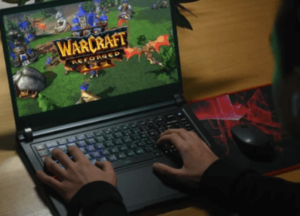 Everything for Beginners and Game Returners

For a start, let’s explain what World of Warcraft is. As mentioned, it’s an MMO game, and you can choose your super-powerful character. Once you do, the main idea is to fight monsters, resolve different quests, and of course, evolve your character. That’s the true beauty of the game. You can see your efforts in your character’s evolution. You will go through dungeons, defend Azeroth from different evil characters, and collect points for yourself. By evolving, I mean you will get additional skills, armor, weapons, and much more.

If you just want to test it out, there’s a WoW free trial that lets you know the game and level up your character to the 20th level. Not bad for those who are still unsure if this game is something they would want or not.

Here’s a brief chart of Hordes and Alliances:

Every character has their own class with different abilities.

As you can tell, Alliances are fighting for justice and duty, while Hordes are defending honor and freedom. Statistically, there are 4 times more Horde members, according to some research, so if you choose one of those, you will definitely have a lot of help on your side.

Both Hordes and Alliances have their allied races helping them in their fight. You can recruit other fractions for yourself and get assistance in the battle.

Read More: How to get wings in Diablo III

Once you’ve chosen your character, you will be put in the game along with your allies. If you decide to go with a Demo version, you can start at Exile’s Reach and experience different races and classes, but you can level up your character until the 20th level. With a new update, released in October 2020, as part of WoW: Shadowlands pre-patch, leveling up is way faster than ever before. Therefore, if you like the game, you will need to subscribe eventually. It takes approximately 30% less time to level up your character than before, which is fantastic.

Suppose you decide to subscribe yourself for a regular WoW version (meaning not Shadowlands). In that case, you will gain unrestricted access to social features, the ability to play beyond level 20, explore the Warcraft universe thoroughly, and gain access to WoW Classic.

On top, if you subscribe yourself to Shadowland, you will get access to new expansions to fire up your new hero with a Character Boost.

You can set up your subscription on Battle.net but bear in mind that prices vary by region. For the US, a WoW subscription is $12.99, while a Shadowland subscription will cost you $39.99 per month.

The first ten levels of WoW are usually called introduction levels and are made for those who have never played the game. However, there’s a new level cap for characters, currently going to the 60th level. Since you’re getting skills throughout levels, and the time necessary for one level has been shortened, you will be able to reach there quickly.

Every player starts from Exile’s Reach and stays there up to level 10. If you’re a more experienced player, you can choose to start from your race’s existing area. After level 10, you’re moving onto the Battle of Azeroth expansion by default. This expansion will take you from level 10 to level 50 until you’re ready for Shadowlands. If you’ve already completed Battle of Azeroth using one character, you will be able to choose between BfA and one of the previous seven expansions to reach level 50. However, once you’re there, Shadowland will take you to level 60.

If you’re still not convinced to test the game out, watch this YouTube video. It might convince you that’s precisely what you want. And I am pretty sure you have at least one or two friends waiting for you to join their battle!