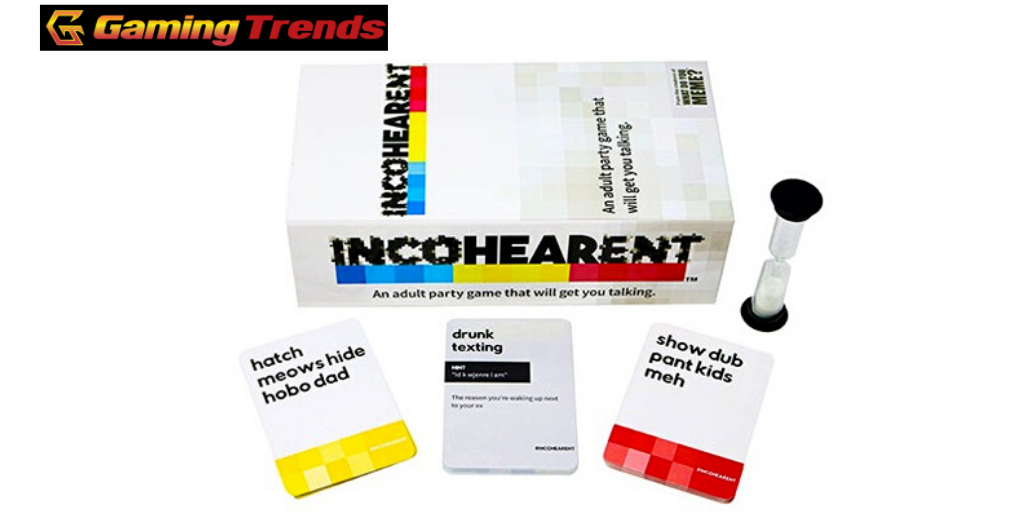 The incoherent online Game is an amazing one that indulges players into a session of humour and continuous spread of laughter. The Players will play the game, and the role of the judge is that they will turn the card and show everyone whichever phrase comes up in the card. This incoherent game online is all about these phrases. On hearing the phrase that has come up, you have to tell and identify the meaning of the phrase. This is the main point about the Game. If you can crack all the purposes of the phrases, then your chances of winning will be much higher. You have to guess 13 meanings correctly, and then you can win the game with 13 points.

You can find the cards to play on Amazon also. In that case, the Game will be an offline one. In amazon, you can have a pack of about 500 cards, and these types of packs are for more players to play.

How can you adequately set this Game up? Some Tips

Firstly, take the cards out, shuffle them properly, and then put them in 3 different piles. If you are playing online, as this version of the article that I am writing is about the online version, then in the Incoherent online Game, three separate categories denote the cards with different cards placed. You can have three categories of cards based on their color. The three categories are mainly Party. Pop Culture and Kinky. One player is designated as the judge who spells out the phrase when cards are turned up in the online version. The Main is the setup. In the case of the Incoherent Game online, your design remains ready, but if you are playing offline, do this setup, and then you are prepared to play the game.

ALL ABOUT THE GAME

By the judge, some hints are also available. Like per round, the judge is allowed to give one piece of advice. The game comes to an end after 60 seconds straight. One judge doesn’t remain fixed for the whole session. After each round, the player playing counterclockwise to the judge will become the next judge for the next round.

As a player will be able to guess thirteen phrases correctly, he will win the round, and the game will also come to an end.

What’s the specialty of the incoherent game online?

The Game can be played when you reach a teen – like after 13 years of age.

Each game round is 30 seconds, or it has another option- if three cards are decoded, the contest ends.

One person is the judge who holds up the card and begins the game by setting up the timer.

Everyone is a Translator who guesses the meaning of the card.

The one who can crack the meaning first wins that round.

If no one can guess the card correctly, then that card is passed, and the next round begins.

1st player to decode 13 cards is the winner

These are the basic rules of playing the game correctly. It is just a matter of guessing and collecting points. The phrases inside are also exciting, which makes players laugh and enjoy while playing the incoherent game online.

The Game is a bit different for the bigger teams.

There will be two teams in this case.

Each team will contest a total of 3 rounds.

Here players win based on teams. The team which has cracked the meaning of the phrases correctly wins the game.

How to win the Game?

If you are playing the free for all Game, you will win if you can score 13 points at the end of the Game.

In the case of the Squad up version, you can win if you have unveiled the correct phrases in 3 rounds.

Where can you find the Game to play?

You can find the game on the app store. Millions of players play this game, and its popularity is going on increasing.

The features of the Game:

Have fun while playing with your friends

What can you find within the Game?

You can find different themes when you will download this online version. Then it’s on you to select the articles.

You can find the most trending themes, best of the 90s, adults package, good themes, and many more.

If you haven’t played till now, then try now. You can even take many innovative ideas from this Game. The Incoherent Game Online is a trending game that has attracted millions of players because of the ease of the Game, entertainment, new thoughts, intellectualism. As Ludo and Uno are now worldwide in the online mode, Incoherent is also now an online game, which you can play anytime you like. Solo or in a group.