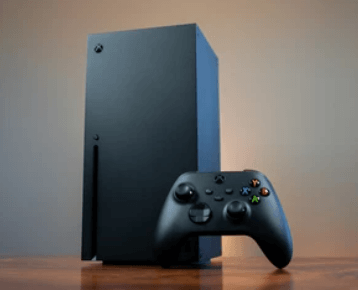 With the new generation of consoles knocking on our doors and many people waiting to get their own piece, it might be the right moment to turn the clock back a little and stir an old rivalry one last time, before a new one begins. Which one is better – Sony’s PlayStation 4 Slim or Microsoft’s Xbox One S?

This question is, of course, not an easy one to answer, and has left many people arguing behind their keyboards with the people they will never meet in real life. The answer requires a relatively unbiased and objective approach to the different factors that make a console good, or should we say, better than others.

In order to do this, the general specs have to be analyzed. Xbox One S is a little bit heavier and larger but has a better hard drive. When it comes to other specs, both consoles have a lot to offer, although the PS 4 Slim does so for a lot less money.

When it comes to design, both consoles improved significantly compared to their original looks, enriched with smaller, lighter cases. Additionally, the annoying touch sensors being replaced with tactile buttons and all the internal components remaining untouched, some even improved, along with a matte finish to the exterior, combined for a general, equal improvement of both consoles. 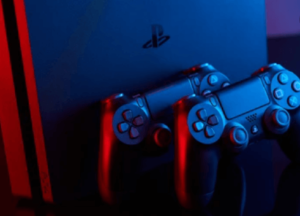 In any kind of conversation that includes gaming consoles, one cannot exclude the controllers. Sony carried on with the development of its Dualshock series, and its PS 4 Slim coming with the Dualshock 4. This controller was already good in its original form, and only got improved by Sony’s team revising the lights, now shining through the touchpad, giving the user all the information easier, as well as the rubber grips on the analog sticks allowing for their better control.

On the other hand, the Xbox One S controller had a long way to go, in order to catch up, even with the original Dualshock 4. And catch up, it did. With the improved wireless and Bluetooth connectivity range, a newly added headphone jack, and Microsoft’s special Xbox Design Lab, which allows users to create their own, custom controller. The thing that probably makes it worse than the Dualshock 4 is its price, in the first place, and the fact that the controller requires separate batteries in order to be charged, while the Sony’s controller does not. All in all, both controllers are worth buying, but if you want to save some money and cannot be bothered with buying batteries, the Dualshock 4 is the choice for you.

The additional features that these consoles provide are different, including their marketing, and the Xbox One S probably comes out on top. Even though PS4 Slim gives the owner the opportunity to remove the hard drive without breaching the warranty and add additional storage space, the Xbox One S turned towards a whole different approach and took away the spotlight. It marketed itself as the dream of every video lover. The Xbox One S is not only a console but also a highly affordable 4K Blu-ray player, basically giving you two amazing devices for the price and space of one.

Finally, probably the most important factor is the game library available for each of these gaming consoles. Both of them share a lot of titles, with no significant differences that depend on the choice of the system, but the main question rises up when it comes to the exclusives. This is a highly subjective field, but based on the overall experiences and reviews, Sony’s story-driven, single-player titles, like The Last of Us 2, God of War, Uncharted 4: A thief’s End, and Horizon Zero Dawn, take the win over Xbox’s Gear 5, Sea of Thieves, or even the classic Halo: The Master Chief Collection. Not only that, but even some older PS titles still hold up amazingly, years after their appearance. 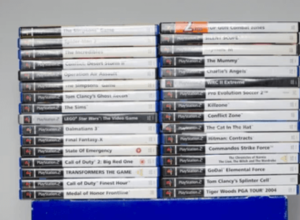 To conclude, based on the comparisons provided here, the PlayStation 4 Slim seems like the console of choice. This is not a decision easily made, as it makes you give up on everything the Xbox One S has to offer, but still brings you so much to make up for it. In the end, it all depends on the personal preference of gamers themselves, who may choose either one, both, or maybe just opt for being a part of the so-called PC master race and spend all of their life savings into RGB lights of their computer. Jokes aside, whatever you choose, the decision cannot be bad.